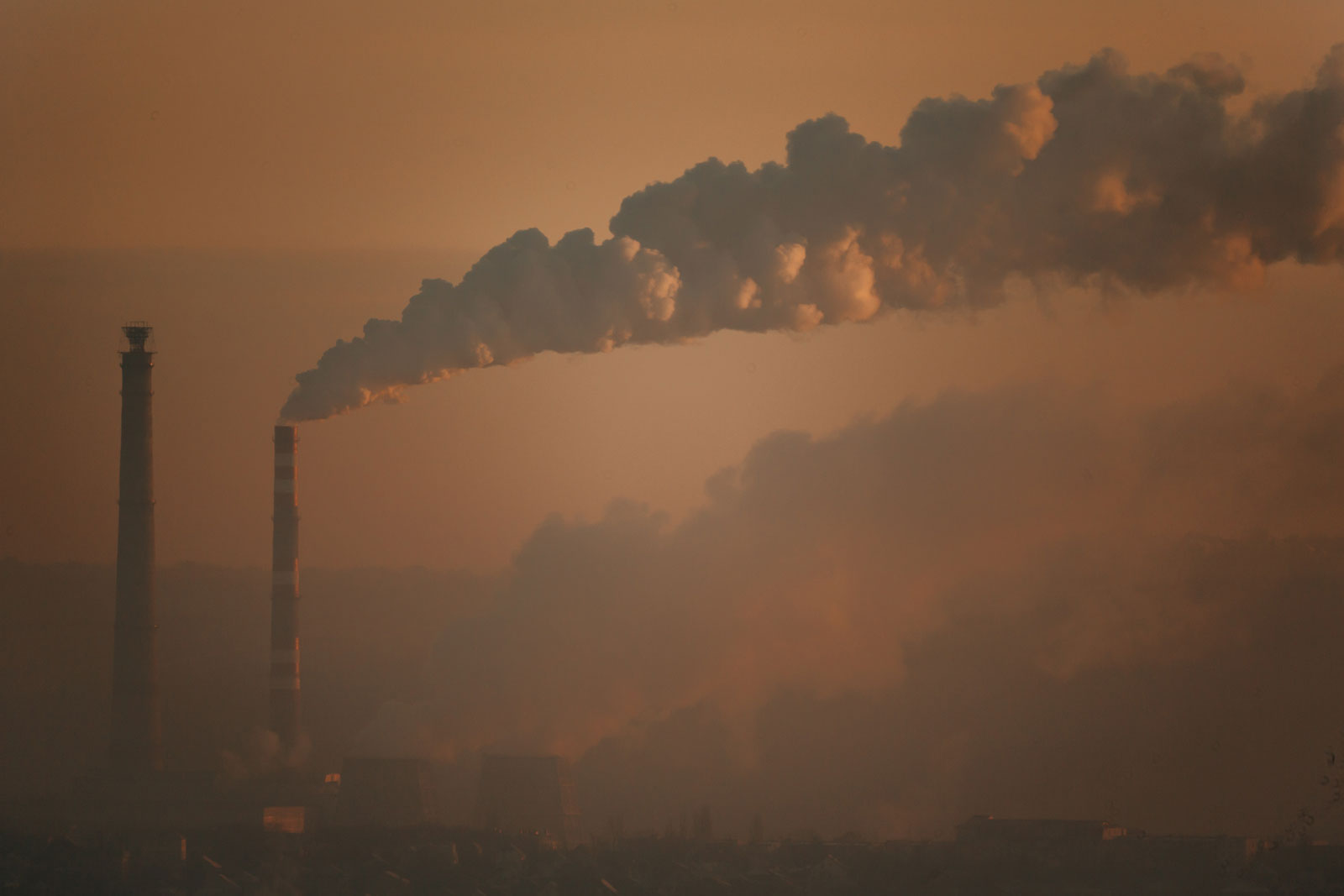 System-level change is urgent and inevitable

We can’t go on like this. But we do. We pretend to understand. But we don’t. Our underlying assumptions are still the same. Short-term profits and consumption. Tomorrow is just too faraway. So why should we care about it? We still want it all! And we still want it now!

Yet, to sustain planet Earth as a habitable and beautiful place, fundamental change is urgent. We need to get a new perspective and, even more, we need to get a new mindset. It is no longer enough to correct our path just a little further. To achieve the ambitious goal of sustainable development, we need to navigate with a whole new map. The concept of economic growth and global economies need to be adjusted to 21st-century-circumstances.Further ignoring planetary boundaries in the Anthropocene will be detrimental to us and even more to future generations. Right now, we are in the very midst of multiple global crises: climate change, biodiversity loss, depletion of natural resources, land-use change, deforestation, plastic pollution, soil erosion, the overuse of nitrogen and phosphorous in agriculture. Actually, we are in a pretty bad mess. But the good thing is, we can still turn it for the better. Disruptive change is about to come. And we better prepare for.

“We cannot solve our problems with the same thinking we used when we created them.” This popular quote from Albert Einstein simply summarizes our current tragedy: The way we lookat the world is largely out of date. What was good just a few decades ago, today can’t be continued any longer without destroying basic conditions for (human) life. Current patterns of production and consumption, conventional agriculture, the way we treat nature and modern western lifestyles – all developed mainly over the course of the 20th century – but canno longer be maintained in the 21st century. System-level change is urgent and inevitable. But the good thing is it will make our lives much better and even more convenient.

But let’s start from the beginning.

In a remarkable and unique period in human existence, which is figuratively referred to as the Great Acceleration, mankind has altered the face of the Earth in the most profound way. Beginning in the mid-20th century, several socio-economic trends suddenly started to grow exponentially (Steffen et al., 2004; Steffen et al., 2015a). Global population, for example, sharply increased from about 2.5 billion in 1950 to almost 8 billion today (Roser et al., 2019[2013]). Until 2050, global population is expected to increase even further to about 10 billion(UN DESA, 2019). During the same period, the share of urban population grew from some 30%(750 million) in 1950 to some 55% (4.2 billion) in 2018 (UN DESA, 2018). By 2050, some 68%(about 6.8 billion) of global population are expected to live in urban areas.

Even more astonishing than the surge of (urban) population was the increase of global real GDP. Between 1950 and 2020, it rose more than eightfold from less than 10 trillion US Dollar to about 85 trillion US Dollar (World Bank, 2021; Steffen et al., 2015a). During these decades, growth of GDP became the new global paradigm, the overarching political imperative, the new normal and neoliberal economics “primary measure of progress” (Raworth, 2018; McNeill & Engelke, 2014). What is particularly noteworthy: This truly significant shift also led to a fundamentally altered understanding of and dealing with nature. Mankind no longer acted as living within nature but as ruler of nature.

And that dominion became increasingly necessary, as we developed an insatiable appetite for energy. Directly linked to the massive increase in global wealth – which mostly happened only in western industrialized countries (Steffen et al., 2015a) – and the development of modern patterns of production and consumption was a sharp increase in primary energy use. It grew globally from about 100 Exajoule (EJ) in 1950 to more than 550 EJ in 2020 (Sönnichsen, 2021;Steffen et al., 2015a). This remarkable surge only became possible due to the technological progress in extracting energy and even more due to the destructive exploitation of evermore natural resources in every single part of the world (McNeill & Engelke, 2014).

The disastrous result of this decade-long careless dealing with nature under the new paradigm of economic growth is portrayed by the other side of the Great Acceleration. Besides several socio-economic trends, various Earth system trends also started to grow exponentially from the second half of the 20th century (Steffen et al., 2004; Steffen et al., 2015a). Predominantly due to the massive burning of fossil fuels for energy and, to a lesser extent, due to land-use change, atmospheric concentrations of greenhouse gases, such as carbon dioxide, methane, and nitrous oxides, significantly rose between 1950 and 2020 (Steffen et al., 2015a). These increases caused not only massive air pollution and several hundred thousand of related deaths, but also serious global warming, ocean acidification and aggravated biodiversity loss(Steffen et al., 2015a; McNeill & Engelke, 2014).

Land-use change for agriculture and for other reasons led to vast (tropical) forest loss and to significant terrestrial biosphere degradation. A sixth mass extinction is currently ongoing, and, for the first time in Earth history, it is caused by human actions (Ceballos & Ehrlich, 2018).

Furthermore, it is estimated that more than 8.3 billion tons of plastic has been produced since1950, with more than half of that (about 60%) has ended up in a landfill or, even worse, in the natural environment (UNEP, 2018). According to a study from the University of Newcastle, Australia, “an average person could be ingesting approximately 5 grams of plastic every week.” (WWF, 2019) We drink it, we eat it, and we even already breathe in microplastics everyday. Not changing current trends could mean that by 2050 there will be more plastic in the oceans than fish (UNEP, 2018).

The abundant use of chlorofluorocarbons (CFCs) even damaged the ozone-layer, our life-enabling shield from ultraviolet radiation. Yet, by adopting the Montreal Protocol in 1987, the global community has solved at least this issue successfully (UNEP, 2022).

However, we are more and more pushing global ecosystems to its limits and even far beyond. According to Steffen et al. (2015b), several planetary boundaries have already beentransgressed or are close to, resulting in a “substantial risk” of an irreversible Earth system change. In only a few decades, the significant impact of the human enterprise on planet Earth, now comparable to “a planetary-scale geological force”, has even led to the proposition of anew geological epoch, the Anthropocene (Crutzen, 2002; McNeill & Engelke, 2014). Unlike theformer epoch – the Holocene, which had been “defined above all by its climate, an interglacial moment that has been agreeably stable” (McNeill & Engelke, 2014: 1) –, the Anthropocene is characterized by the dominant impact of mankind on planet Earth and hence by the multiplicity of the above-mentioned crises. It is on us, or, more precisely: on our generation, to avoid a trajectory that would steer the Earth system “toward new, hotter climatic conditions and a profoundly different biosphere”, designated as Hothouse Earth (Steffen etal., 2018: 8253). Currently, to say it clearly, we face a global catastrophe.

“Given the urgency of the situation and the critical challenge of stabilizing the Earth system in Holocene-like conditions, the pace of current actions has to rapidly increase and expand to support a transformation towards active stewardship of human actions in concert with the biosphere foundation. It will require reform of critical social, economic, political, and cultural dimensions” (Folke et al., 2021: 857).

However, we would have everything we need to solve most of our problems quite easily. We have all the necessary insights, we have the knowledge, we have the technology, and we have the capabilities. We would only need to start immediately.

No doubt, changing almost everything is a challenging task. But mankind has always shown best results in great challenges (Mazzucato, 2021). The transformation can be done, and wewould all strongly benefit from it in many ways – even economically (Blakers et al., 2021). With many decades of delay, we have finally set a path into the right direction. But time is running out ever faster, so we urgently need to accelerate the speed of our actions. And, even more, we need to broaden our range because it is not only climate change. It’s so much more than the climate crises. We face multiple crises. And we need to solve all of them within short time to sustain our planet.

United Nations Environment Programme (UNEP) (2018a). Our planet is drowning in plasticpollution–it’s time for change! https://www.unep.org/interactive/beat-plastic-pollution/ 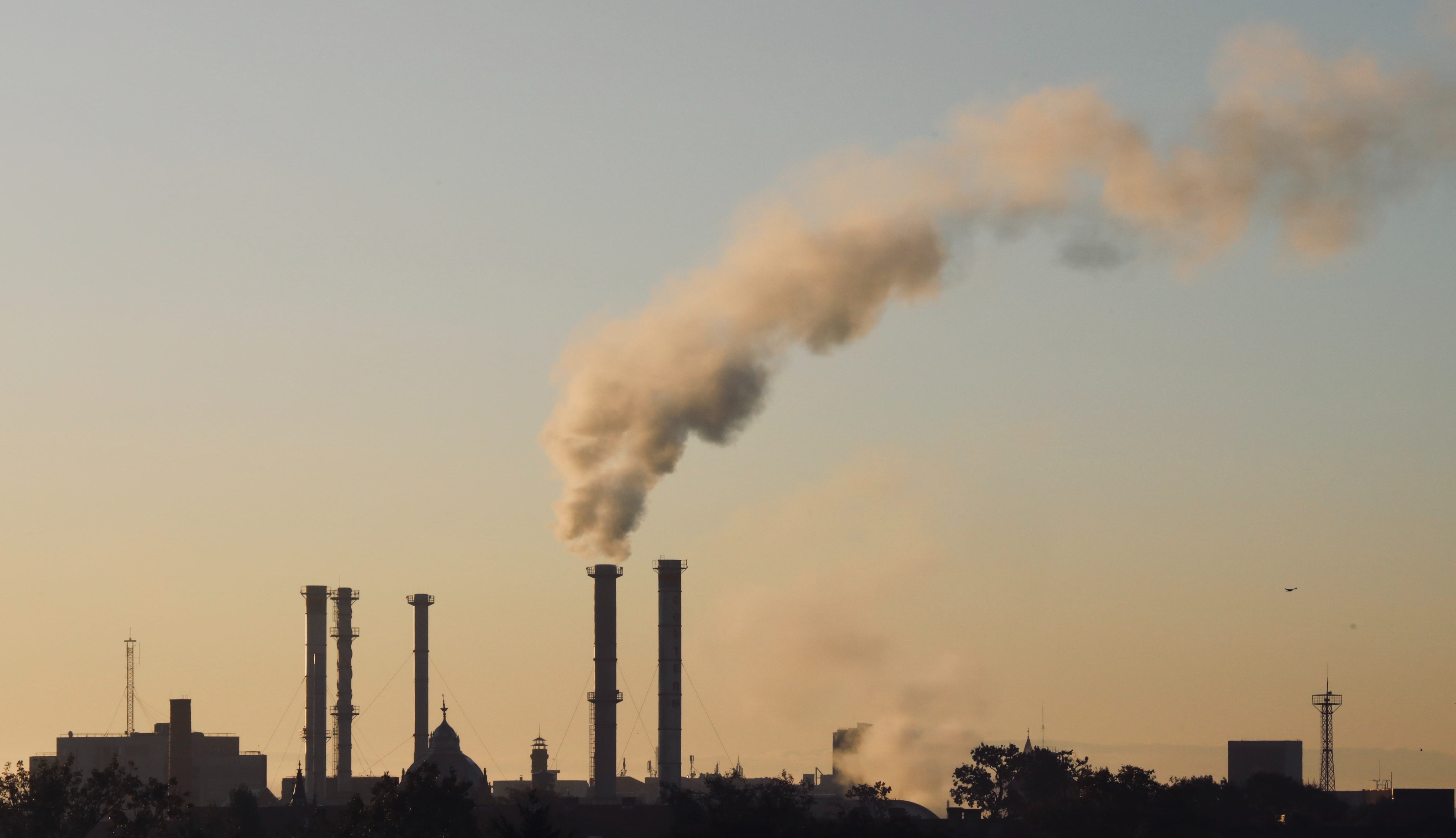 The truth about climate neutrality and negative emissions 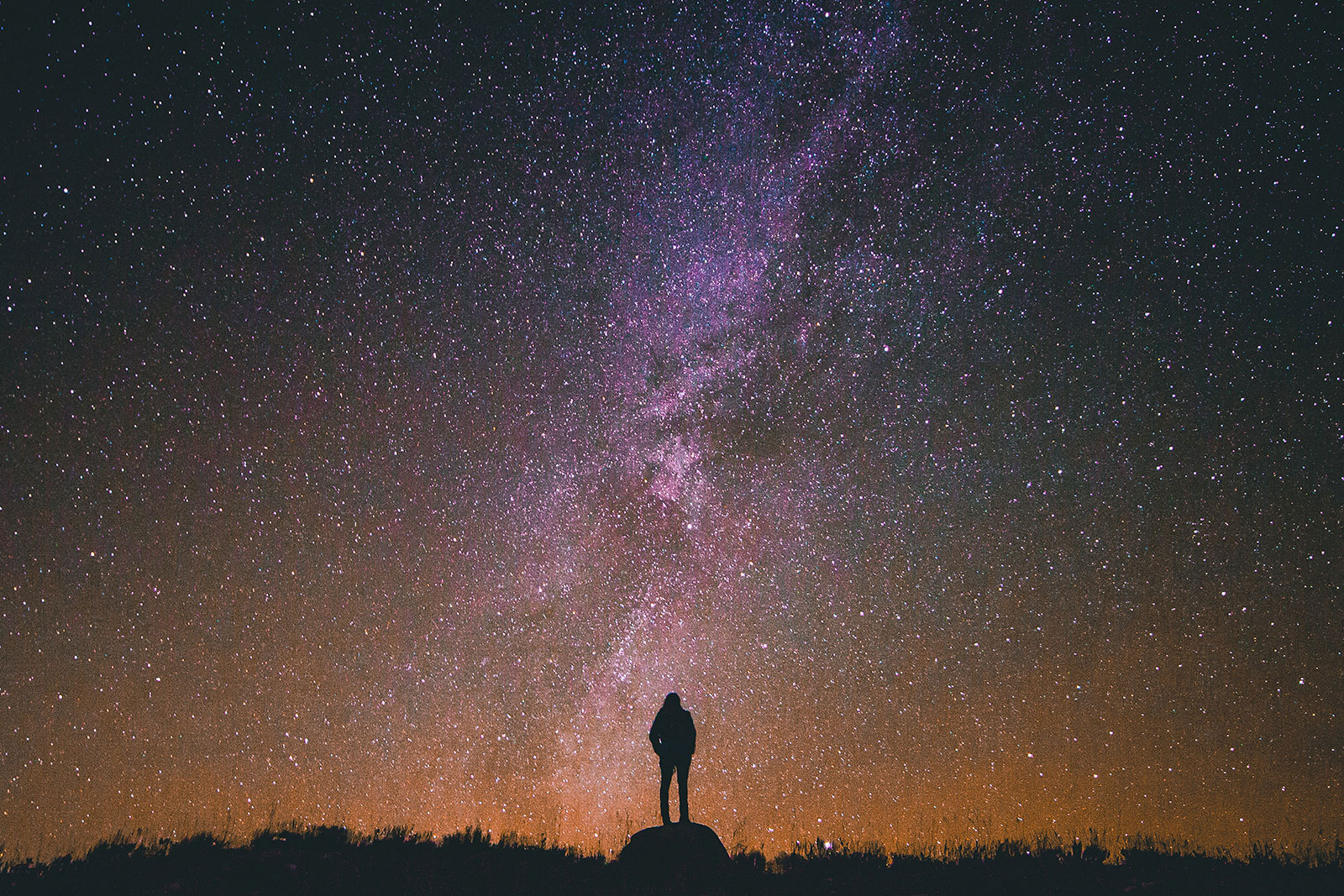 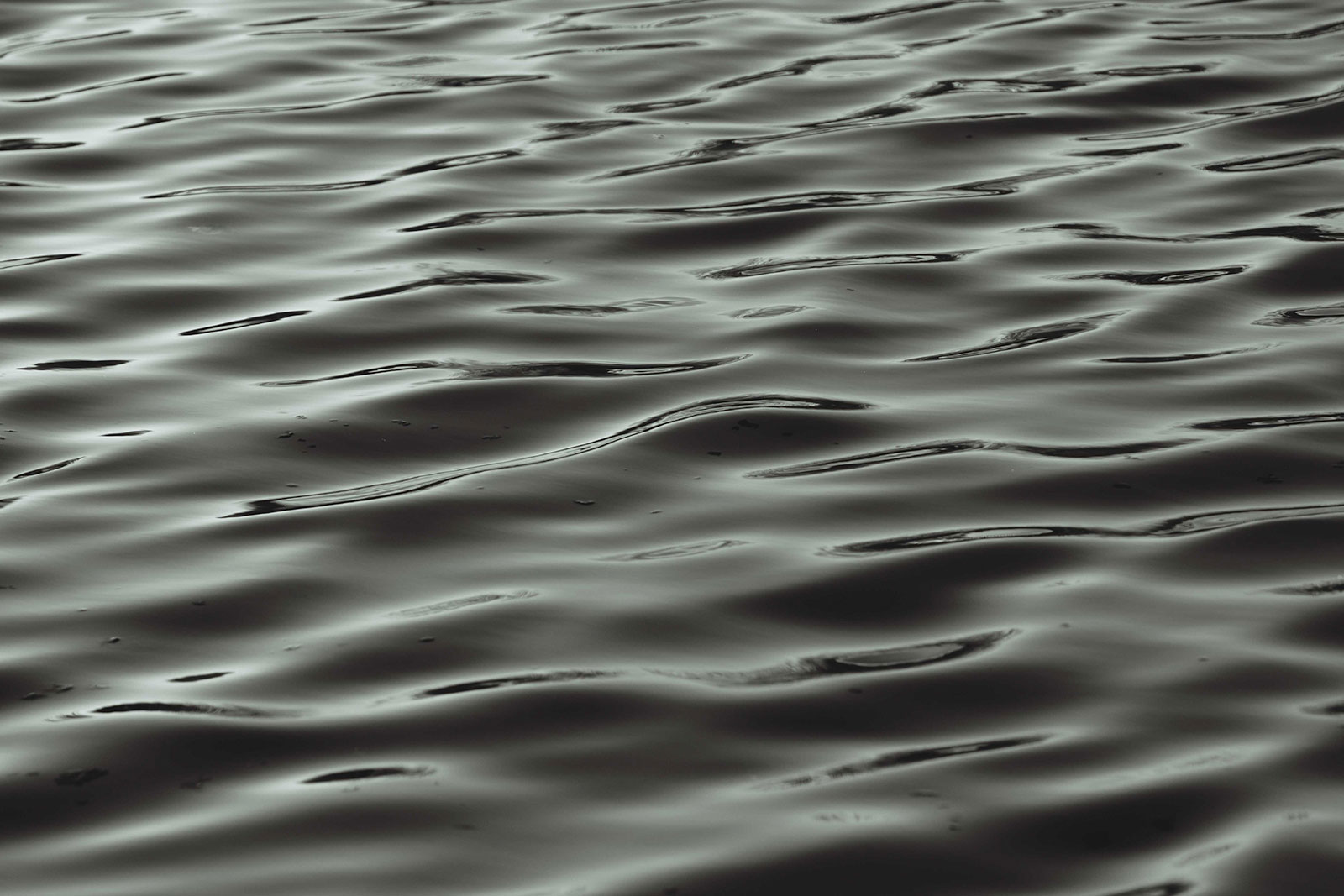 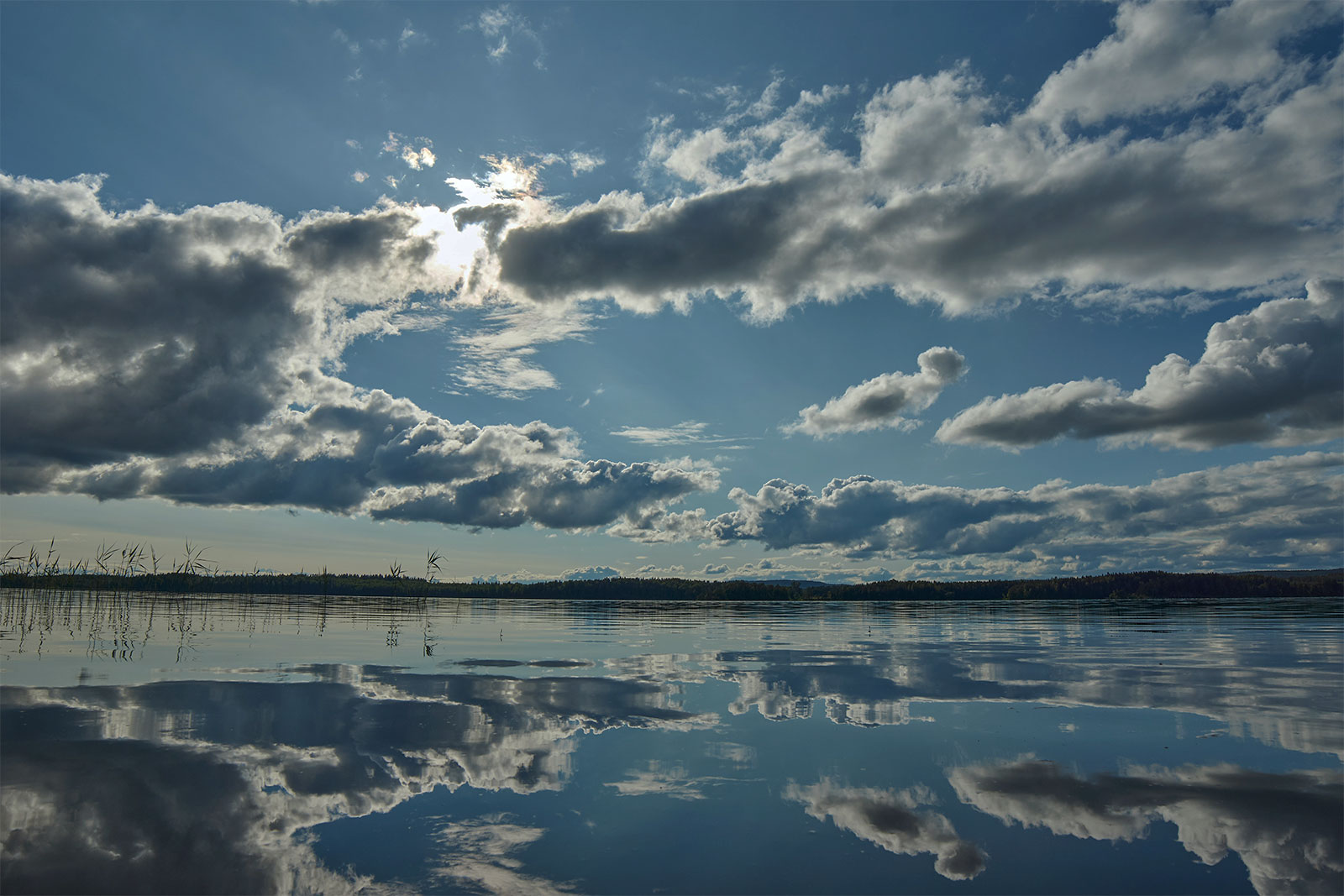